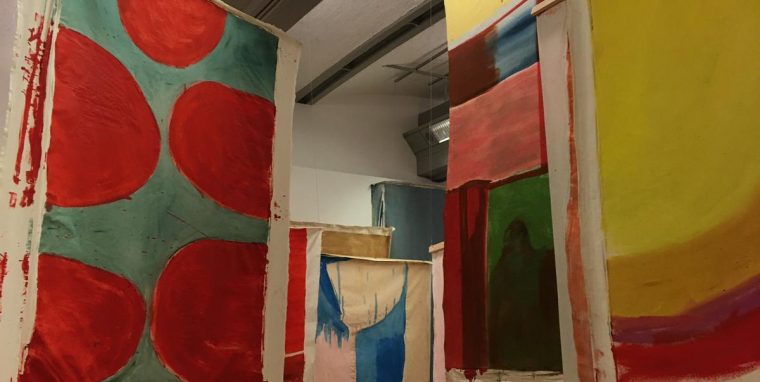 Vivian Suter’s work is created out of catastrophe. Following a tropical storm in 2005; many of Suter’s paintings were salvaged from her flooded studio and left hanging outside to dry. Suter’s organic way of working came as a result of this. Once she let go and noticed that outside, her works became living objects; she began to allow the climate to become an active agent in the exploration and development of her work.

Suter recognised a process that she could adopt. The Tate Liverpool installation is made up of more than 50 large-scale canvases that have been through this extraordinarily liberating process. They are exposed to the elements; smothered in fish glue so that natural debris from her studio garden can attach itself to them.

The Swiss-Argentine artist, born in 1949 creates work in her studio in Panajachel on the tropical island of Guatemala and it is here she finds her inspiration and focus. Her studio itself is an open-air wooden structure, benefiting from its location in the lush rainforest. She shares her life, but not her house, with her 97-year-old mother, Elisabeth Wild, an internationally known artist.  Suter has lived and worked there for nearly 40 years.

Born in Buenos Aires to an Austrian mother who had fled Nazi persecution, she moved to Switzerland with her family in the 1960s. It was in Basel that Suter began her art practice and in 1981 came to the attention of the Basel art world and was asked to display at the Kunsthalle. She was then offered a solo show but declined as she had no interest in the demands of the 1980s art scene and moved first to Los Angeles, then to Mexico and eventually settled in Guatemala.

The Kunsthalle came calling again in 2011; and this time Suter was excited and ready to join. This Tate Liverpool display is her largest to date.

The titular Nisyros (Vivian’s Bed) is misleading but encourages the viewer to find said bed amongst the large-scale canvases that have all been removed from their frames and suspended from the ceiling. The reference in the title is to a Greek island of the same name that Suter visited a couple of years ago. The display benefits from being in only one room. The viewer is encouraged to navigate the hangings, and the smell of some is evocative of something that has been left outside, absorbing the smells of nature. The viewer cannot touch the works as Tate conservators are worried about them being damaged. I wonder if Suter agrees with this at all – she is not precious about her work.

It was a revelation to see canvases free from their structures, their harnesses and allowed to move with the air in a gallery space. As I moved around the room; I wanted to be alone amongst them, to move with them.  I found the bed an unnecessary addition in one way; perhaps it was there to show that the artist lives amongst these works, but it was not entirely successful.

What inspired me the most and even though the display is now closed; why I chose this artist for the first review for Modern Art Chester, was that Suter began to make works in a time of catastrophe, a time of flux, a time to make organic work and adapt to what she had to hand or what was around her. A pause for thought in our current climate. 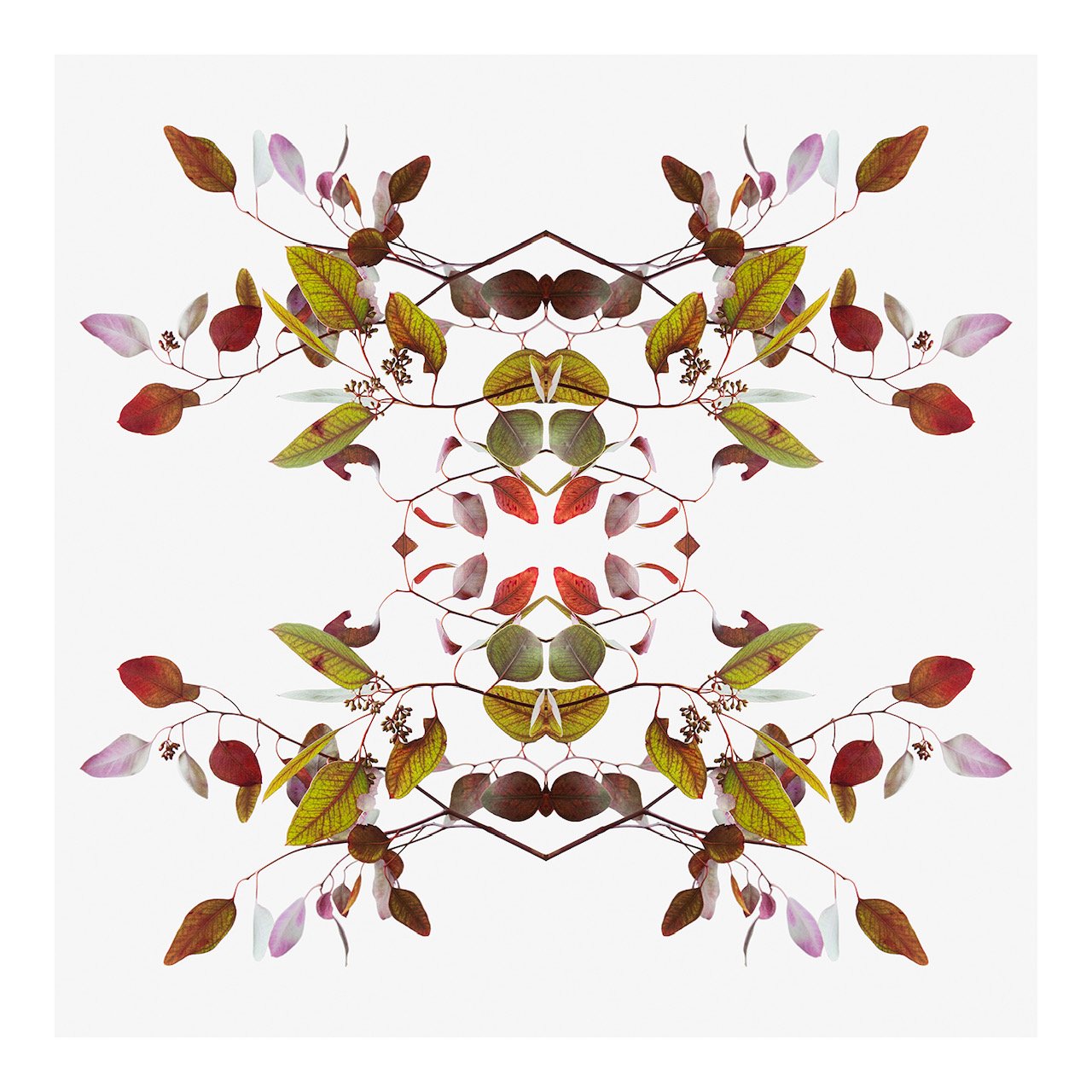 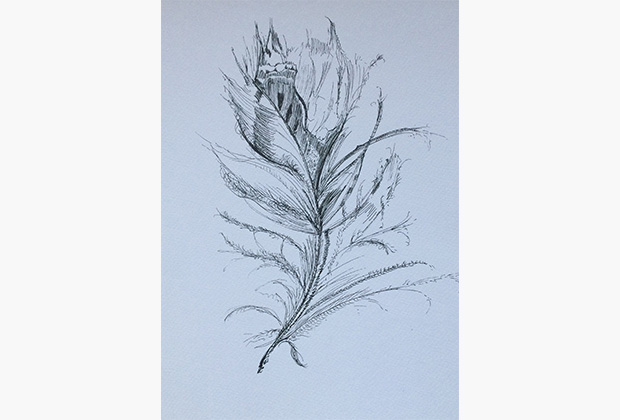 Nature and Landscape – The September Exhibition at The Workshop

Open Studio at The Workshop